So only after a week in our new flat we had visitors! Ok so it was only Alberto's sister and husband and I knew they would not mind a few empty boxes lying about. Anyway they came to Glasgow with a plan...to visit all the Vegan restaurants and do CD shopping. I had nothing better to do so we tagged along (and this if for Aunty Michelle: we did it with my son who usually still sleeps in his pram for his lunch time nap...though this is no longer guaranteed....booooo). Not being vegan or even vegetarian does not put me and hubby off as long as the food itself tastes good. 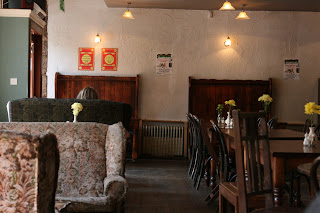 Our first stop was The 78, a venue which is conveniently situated just around the corner from us which meant it even got a second visit before they left. It's got a nice relaxed atmosphere to it and some outside space if the sun decides to bless us here in Scotland with it's presence. It's a place to go to eat, just have a coffee or beers and music in the evening (they stop serving food at 9 which won't come as a surprise to most UK residents). 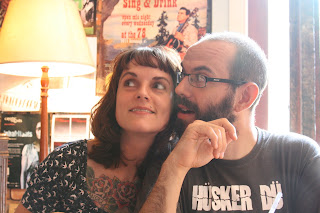 The food itself is good. Hubby and I always go for the veggie burger (I know a bit of a cop out) but his sister was more adventurous with a sandwich and soup which she was pretty happy with. They had a peanut butter cake on our second visit and we all had a slice and we all wolfed that down. It's sisters with Stereo which we have frequented to listen to bands and which does some pretty good tapas. It's slap bam in the city centre down what could be described as what looks like a dingy lane from afar or maybe even close up. The space here to eat is a bit cramped and not as comfortable and it does tend to be quite busy. 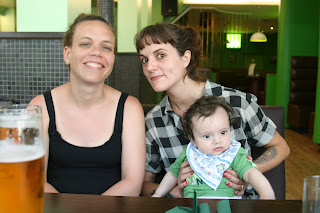 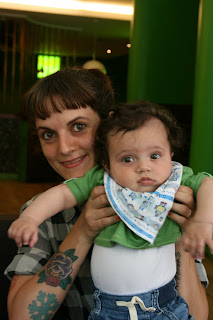 Our second stop was Heavenly again slap bam in the city centre (and only just checking out the website today I have noticed that it just opened this year) . I liked the space, modern but relaxed. All the tables are named after bands and we sat with the Bikini kill...
The food itself is pretty good. I am not a tofu fan so had to stay away from the burger this time and actually most of the menu! Just because you go to eat vegan does not mean I have to eat a healthy salad right so I had the falafel with spicy chips. Oh and its independent of a big brand chain if you find that appealing.
Our last stop was Mono. THE best stop for vegan in Glasgow as far as I am concerned. I will admit that the staff can appear somewhat cold and abrupt but the food is good, atmosphere relaxed and the food definitely tastes the best of the lot. The fact that it has a record store attached to it has meant that it is not the first time we have visited this location. We also used to live close by and it's child friendly so it was a good place to bring visitors and go for a sneaky beer in the evening when my wee man was taking his evening nap...which gives it extra bonus points as far as I am concerned. It attracts people on sunny days as it is one of the nicer places you can sit outside when the sun is shining.
So in a nutshell that was my experience of vegan Glasgow. There is the Tapa bakehouse in Dennistoun still to try but I have heard very good reviews and they do AMAZING bread which is often stocked in other small shops so we have been able to try. Dennistoun is not a place you tend to go to though unless you live there so location made it get left out on this occasion. If you are really interested in vegan food check out hubby's sister's blog (you have to speak Italian) and she has written her experience of vegan Glasgow and it has pictures!
Posted by Brinabird the wee man the Diva at 14:21