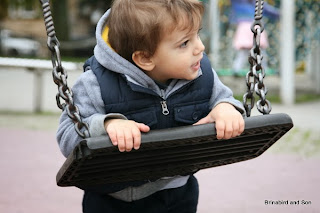 Epic is actually a relatively new word for me. Working with children in schools I have identified it as THE way to describe something big and usually cool. What though when it's EPIC, that is huge, but it's a very negative response to not being able to get your own way aka "The Tantrum". I'm actually not sure whether to call them tantrums or just general break downs in behavior of the good variety. It ranges from tears to begging to ear piercing screams. Recently the wee man's responses to not getting his own way has been EPIC. 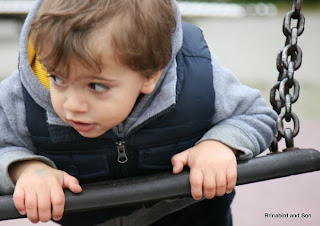 I get it he's only 2 years and 8 months and pushing boundaries is what they do. I admit I strongly believe in setting boundaries, I'm a supporter of "routine" be it flexible but these days.... 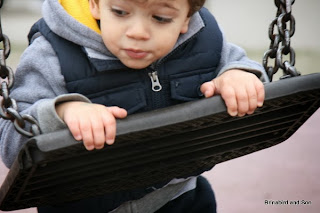 These days it honestly feels a little bit all over the place. Why am I debating with a 2 year old? It can pop it's big EPIC head over anything. Like peeling his fruit and cutting it in half and he decides that today he would like a whole one when yesterday he was struggling and spitting the skin out. I have those moments where I can stand really strong then I have those moments where I just want to give in. It really wears me down. He did the same thing yesterday, I never gave in to the tears, but here we are in the same situation today. I know stick with it and we will get there in the end but seriously am I allowed to question when that end is? 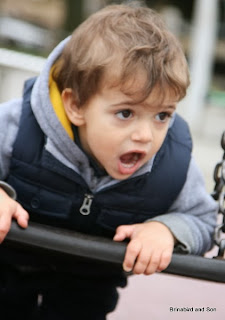 I think I'm actually writing this post in the hope I can look back on this post and go yeah I weathered that storm and actually it was not so bad and sometimes actually funny if you look at it a different way. Then again I will probably look back on it and think and "I thought that was bad?"

EPIC it's a good word though.

Posted by Brinabird the wee man the Diva at 12:40