We went for a week by the Italian Seaside. The wee man started gently with some sand play before venturing close to the water at which point he would pretty much turn around saying quite firmly "no no no no" as he discovered not only waves but cold water. By the middle of the week with a few screams we were in the water and toys worked as a good distraction and he started to enjoy being in the water though he was holding on pretty tight around our necks. By the end of the week he was taking no notice of the waves, venturing into the water by himself not interested in holding your hands, kicking his feet and splashing his hands. Extra benefits to the holiday included early morning walks with the Nonni, bicycle rides with Nonno, ice cream in the afternoons, late nights and sometimes sneaking into mummy and daddy's bed! Once he learnt his way around the camp and the beach we really had to keep our eye on him as he was happy to wonder off in the direction he preferred and would only belatedly look behind him and shout for his Nonno. It was a good time had by all and it was not until the end that the clouds came over and told us that as my wee man likes to say "All done". 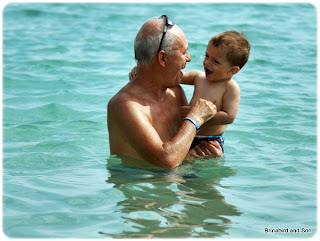 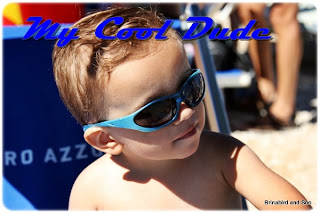 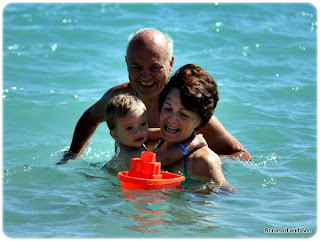 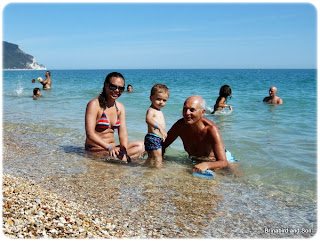 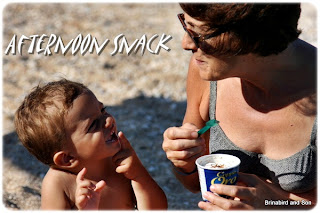 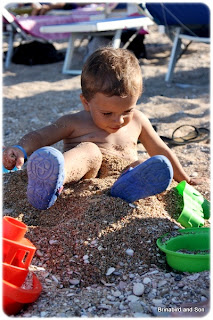 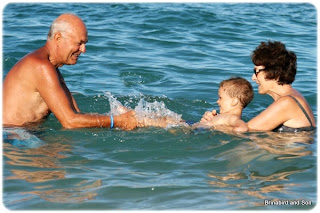 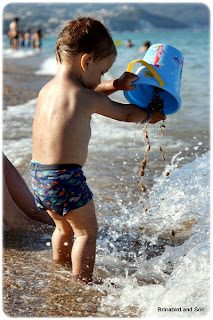 Posted by Brinabird the wee man the Diva at 04:59