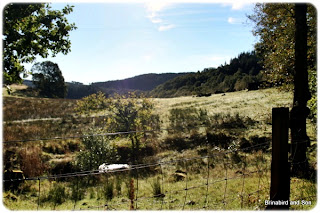 Phew finally we had some sunshine this weekend. Saturday was such a beautiful day we were up and out that door early. It was just over an hours drive to Kinlochard and the wee man had a sneaky nap which meant he was rearing to go once we arrived. 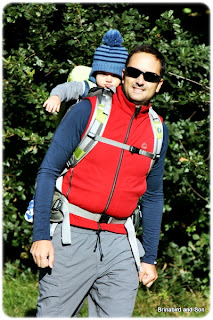 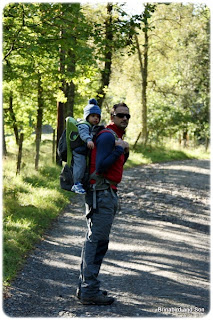 He was actually very quietly observant during the walk, he pointed when we saw some horses and shouted "aqua" (water) when we walked by Loch Ard. He loved to hold the leaves and tall grass in his hands and mummy was very cheeky and got him to tickle daddy's ears. 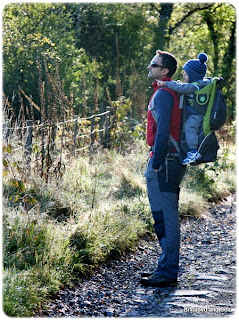 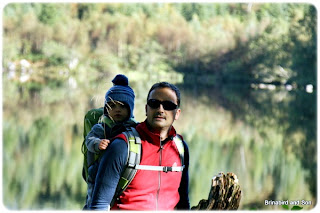 We stopped to watch the boats on the water and we got comments such as "beep beep" and "vroom". We stopped a lot during our walk actually as there were lots of beautiful views to enjoy and mummy had to take some pictures,okay lots of pictures. 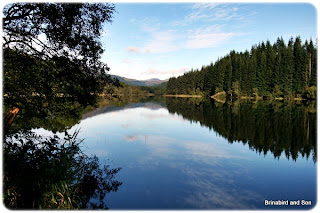 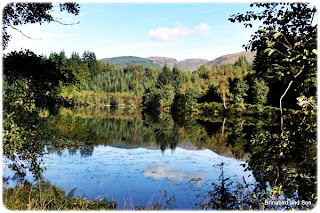 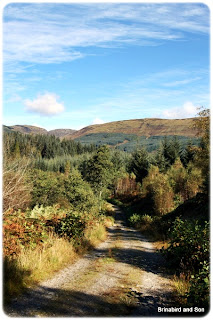 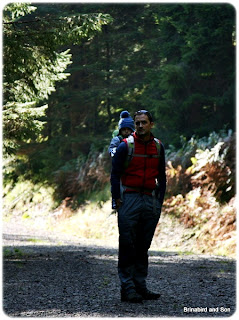 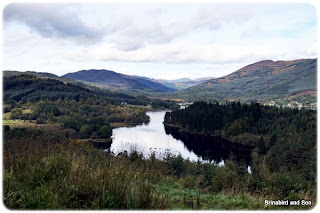 The whole walk took us about two and a half hours. Further details of the walk can be found here. He got a bit grumpy at the end of the walk as he was obviously very hungry but we managed to make it to Aberfoyle where he had a huge plate of fish fingers and chips which disappeared rather quickly. As an additional bonus on the way back to the car we also managed to spot some sheep and birds of prey at the Scottish Woollen Mill! 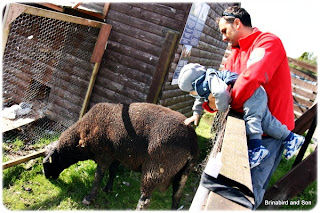 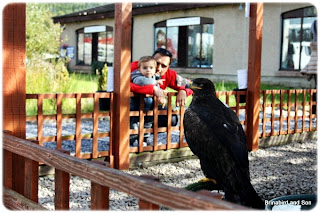 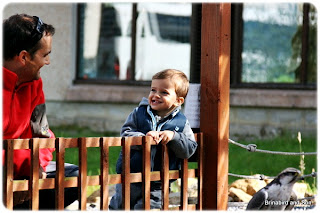 It was a lovely morning and afternoon. When the sun shines in Scotland it really is a beautiful place.

Posted by Brinabird the wee man the Diva at 02:52