I made a rod for my own back

I work at a children's hospital which has a lot of rules about co sleeping. It's brought back a lot of memories about my early days with the Diva. I end up talking with colleagues about my own journey with co-sleeping. Something which admittedly still happens. Ha some nights I would go up to bed after I thought I had settled her into her own bed to find her settled in ours. I was constantly told when she was a baby I was making a rod for my own back...I guess this proves them right? Apparently I was spoiling her because it's a thing spoiling your baby with too much love? 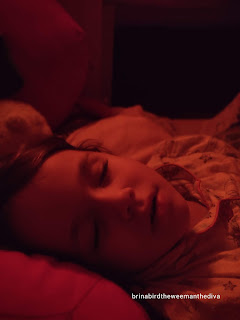 With the wee man I put a lot of pressure on myself to follow all the 'rules'. There was no way he was sleeping in my bed. With the Diva I think I broke them all! I kept getting asked if I was an attachment parent then and was given all sorts of labels. For me it was just survival though as I was just THAT tired. It wasn't even just co sleeping. She hated the pram so she was pretty much always attached to me in the sling. Getting a break was hard as she didn't want anyone else except her mummy. Leaving her with the grandparents for Mummy and Daddy date nights was just not the done thing. 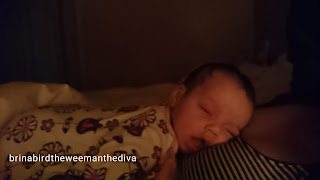 The irony though is that she has grown to be fiercely independent! She does most things on her own terms and if she is not ready to do something yet she will let you know. When she is ready though she doesn't do half measures! She is loud and confident in herself. When the day comes to an end though that's when she let's us know something is maybe not quite so right in her world. Most nights she sleeps in her own bed but there is still the occasional night it's just not happening or it just takes ages to settle her to bed. It's her though and if I go back I doubt I would change much. 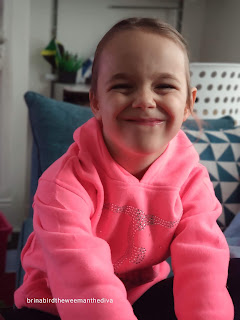 Posted by Brinabird the wee man the Diva at 14:27