I'll admit that arts and crafts scared the hell out of me. It was something for nursery. I was also though secretly a bit envious of artsy craftsy blogs and all the amazing things they were doing with their wee ones. It became a bit obvious that it would be a great way to occupy the wee man if ever we were stuck inside on a rainy day. So I gave in and bought some paints and some brushes. I quickly realised though that arts and crafts with my wee man in the beginning was more about the process than the outcome. Provide him with some materials and just leave him to it. Embrace the mess and remember that getting clean is part of the fun too.

As he gets older though and his imagination grows so does his creative ability it seems. Our arts and crafts box has expanded and I find myself saving toilet rolls, bubble wrap and cardboard boxes. I actually bought some glitter, different types of materials and cards, googly eyes and pipe cleaners. It's still a lot about not worrying at what it looks like in the end but we understand now that cotton balls can be clouds or sheep, that we can cut out different shapes and make patterns with them on the paper. We can spend a whole morning just creating and he enjoys changing the materials we are using. I used a very simple and fab idea from The Imagination tree using cardboard tubes to make shapes for printing. 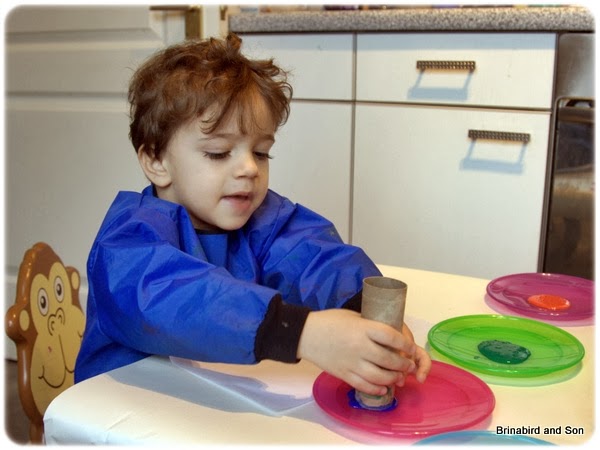 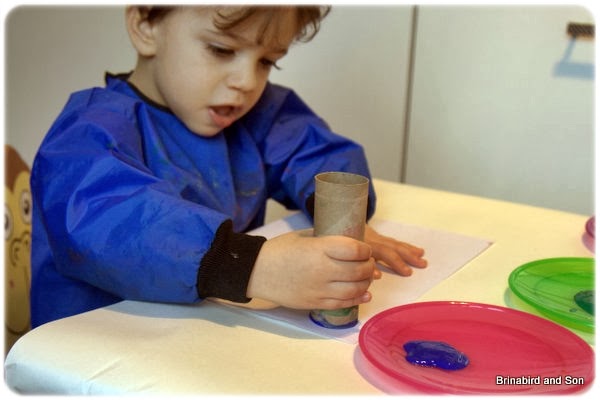 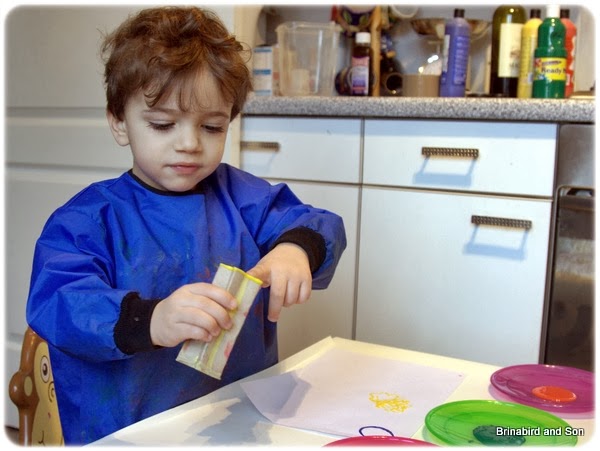 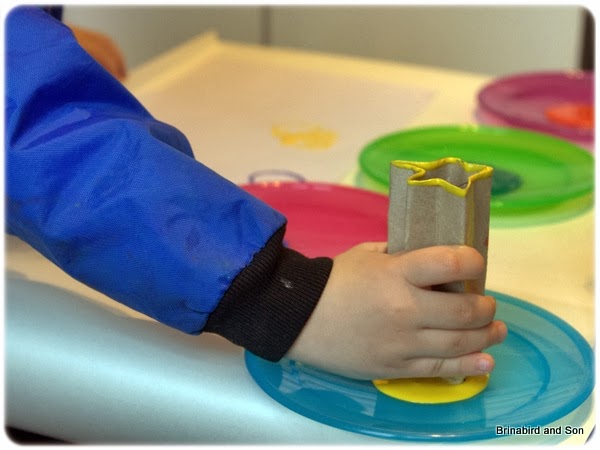 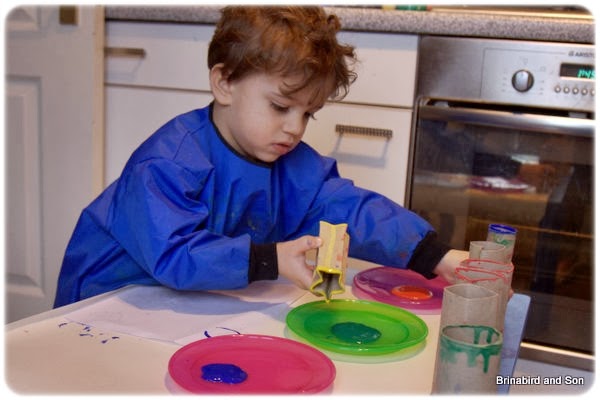 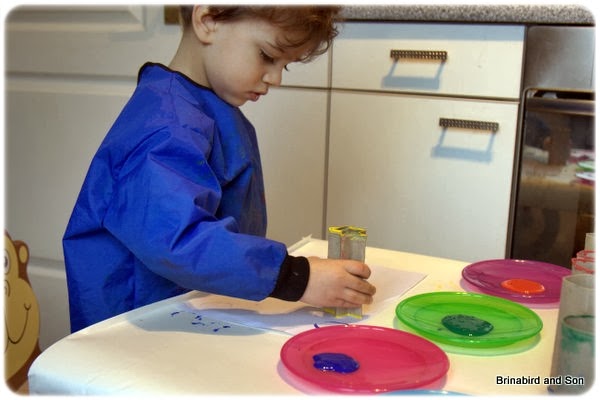 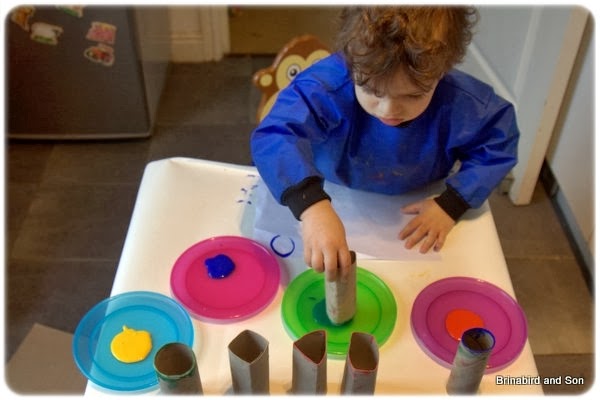 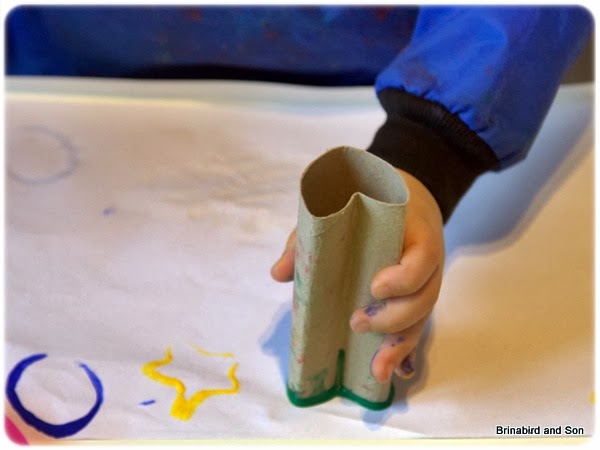 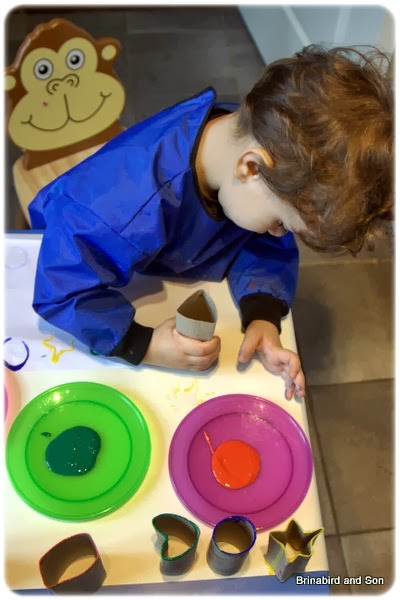 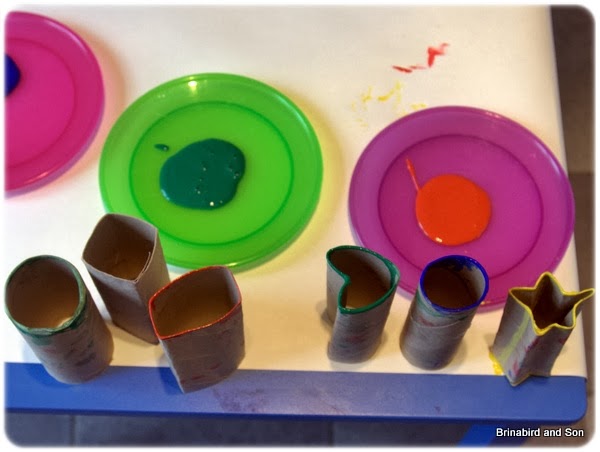 I have been inspired by Red Ted Art to experiment with different materials and we painted on bubble wrap and used that for printing as well. I was hoping to get him to make the prints into some trees but he was not playing ball. 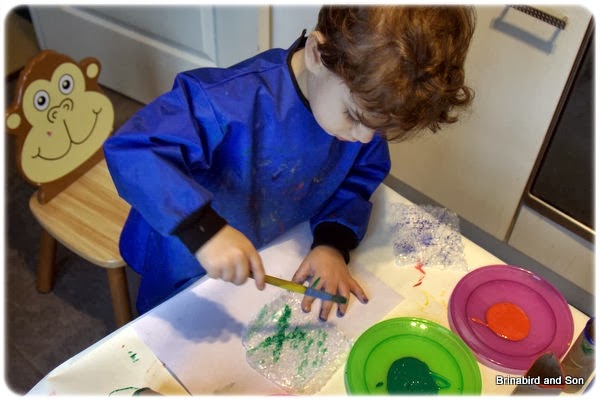 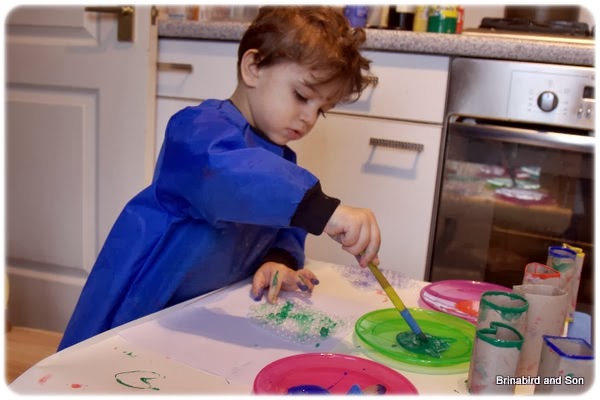 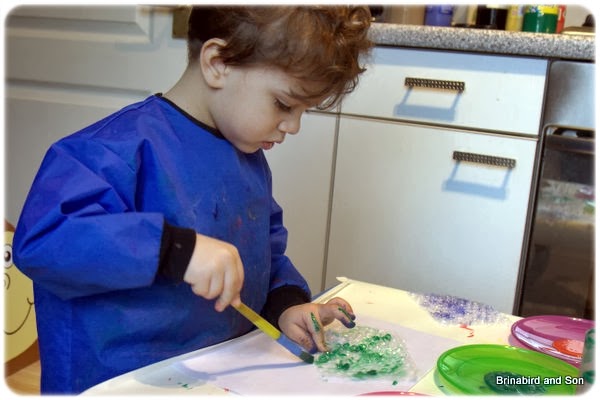 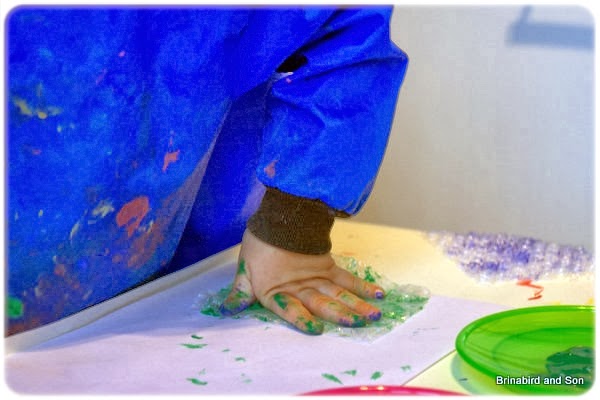 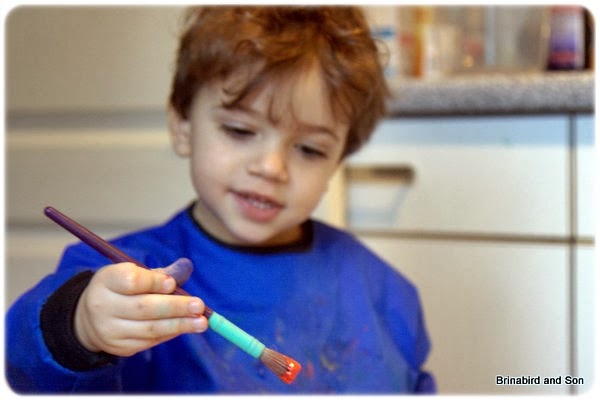 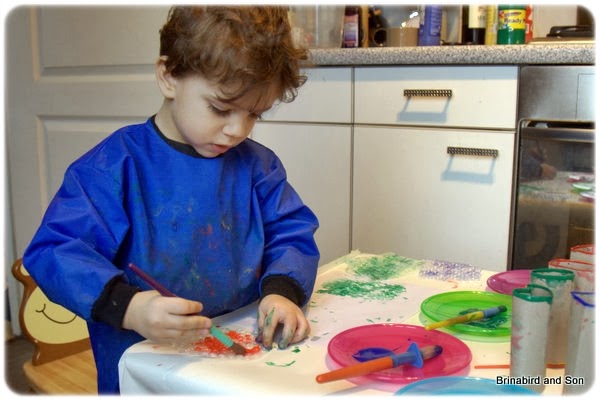 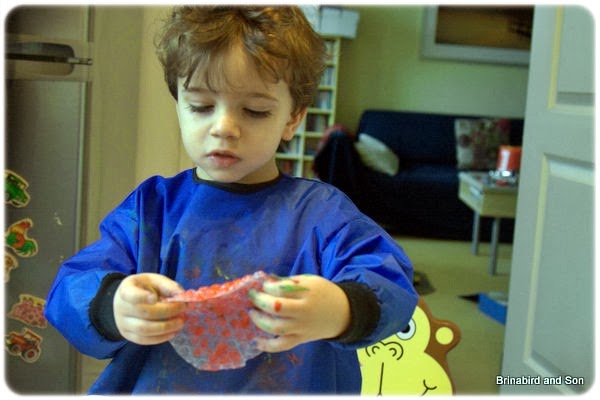 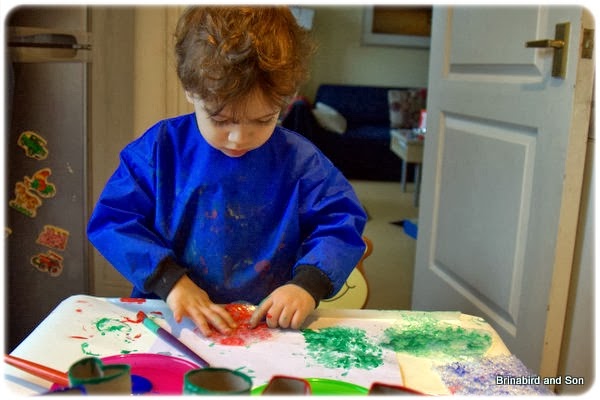 We created scenes with our stencils and foam sheets. We ended up finding the glitter and cutting out shapes to decorate. It was a mad morning of arts and crafts. So simple to ignite their imagination really. 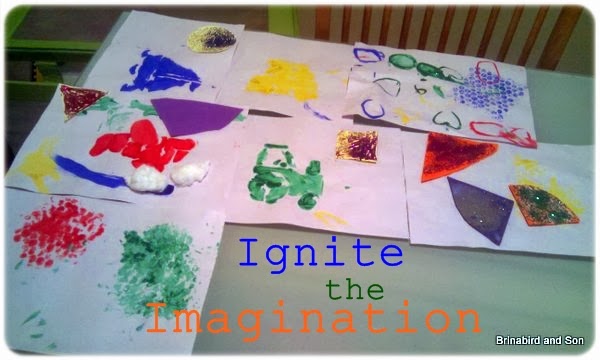 Posted by Brinabird the wee man the Diva at 13:30

Email ThisBlogThis!Share to TwitterShare to FacebookShare to Pinterest
Labels: Art and crafts with a toddler, Arts and Crafts, Imagination