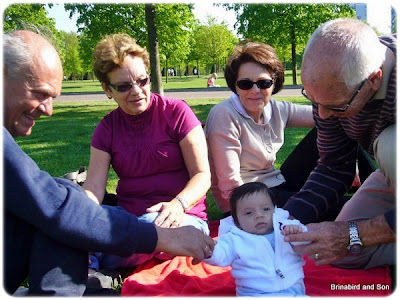 As my wee man gets older the distance from the grandparents gets harder. It's harder to say goodbye now that he understands that means he won't wake up in the morning and get to run into their room and say hello. That when he goes to put his shoes on to go out the nonni's shoes are not there too. "No nonno" as the wee man says. 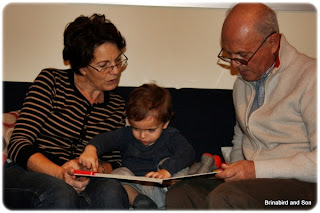 I tried to play the goodbye down to the Nonni this visit but he knew something was up. How do you explain to a toddler that his grandparents have to go back home to Italy but you will see them again soon. The morning they left he was very clingy, needing his dummy more than ever and demanding that I am to give him 100 percent attention. 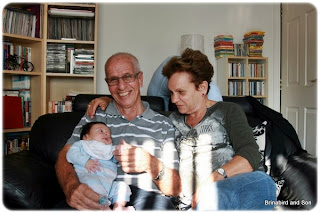 The distance is hard. Italy is a bit closer so he has seen his Nonni a lot more than my parents. Yet still every time the Nonni see him after a few months they can't help but notice how much he has changed and grown. I can't help but think on how much my parents are missing out on and trawling through the pictures you realise there are no recent ones of him with his Nana and Grandad. 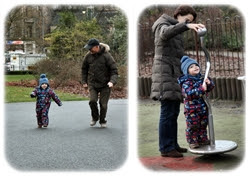 Posted by Brinabird the wee man the Diva at 01:16

Email ThisBlogThis!Share to TwitterShare to FacebookShare to Pinterest
Labels: Covering the distance, Family relationships, living far away from grandparents