It has been a hard year for me personally. I did not make any New Year resolutions and it was probably wise not to as the year brought me nothing I really expected. Actually I never really make resolutions as to be honest I never really keep them. That is how I can be start something enthusiastically and then lose interest midway. When I had the wee man he became the perfect excuse to simply just stop thinking of me. Being a mum suddenly defined me and there was no reason to worry about anything else as long as I did my best at this one new thing. As he gets older that becomes a lot more difficult to justify. 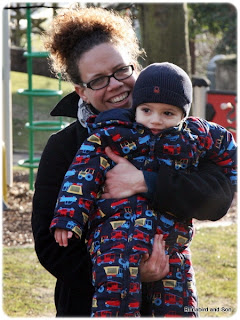 So I was thinking a lot about work life balance when I started 2012 as I had got a new job which slowly, well, drove me down. It only lasted a few months when I realised I would never be happy if I continued. I felt a lot of things and I guess the biggest feeling was of failure. I could not give the best to my son, my husband or myself. It took a lot to admit anything to others. Slowly with help I got back on some sort of track and presented some sort of semblance of happiness. 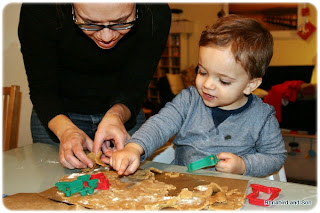 That was it though. Recently I had to press pause. It became obvious I was just stuck in a rut. As this year has come to an end I am left feeling slightly afraid. I let myself go. So I'm going to be brave and make a resolution. It's sounds quite simple, it's to believe in myself so that I have the strength to face 2013 head on. After all if I can take care of myself I will be much better off to take care of my family. 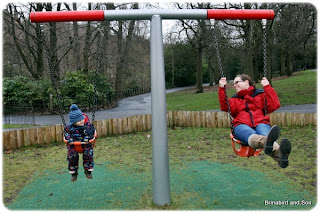 Posted by Brinabird the wee man the Diva at 06:31