"ciuccio" - The Pacifier, The Dummy 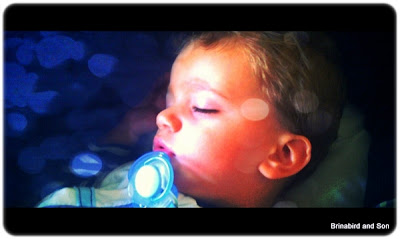 So the wee man is in love with his ciuccio. It began when he was extra wee and was always wanting mummy's breast to fall asleep. We tried the ciuccio as an alternative and after a few times of spitting it out he figured out what it was used for. Now it seems there is no going back. I was adamant in the beginning that it was only for nap times and bed. It worked really well. Actually it worked so well that I attached the ciuccio to a string at night and the wee man started sleeping through. The wee man was also not very interested in it at other times. 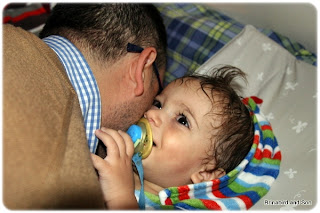 The relationship with the ciuccio though started to change when he learnt how to ask for it. He hated his pushchair and would only go into it if I gave him the ciuccio. Sucker mummy gave in and gave him the ciuccio  that one day for some peace. Now when he sits in his pushchair he will look at you with a cheeky grin and ask for it. NOT EVEN PRETEND WITH TEARS! It's pretty much the same scenario for the car seat as well. If he gets upset about something now, for whatever reason, it's the first thing he asks for. Mummy hugs are obviously not good enough any more! Hmph! He does not use it during play times and I try my best to stand by that one. If he spots it though he will cheekily ask for it, he looks and smiles at you because he knows. When he wakes up in the morning he says "No Ciuccio" and gives it to me but if he can he will take it back! 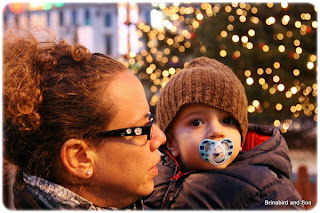 I should probably understand this affair as I sucked my thumb for a long time when I was child but unfortunately I have forgotten. The wee man is going to eventually have to do the same. I'm honestly actually not a huge fan of it especially when you see the older children walking around and using it. I am very afraid though of the day when the ciuccio fairy comes to take it away but such a day will come. He still has the television and juice to comfort him mind you! Yes this is not his only love, when the other morning for breakfast he said "no aqua!" "juice please".
Posted by Brinabird the wee man the Diva at 14:33