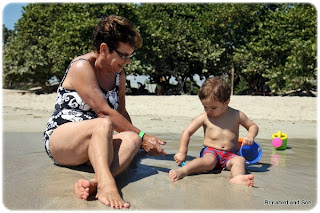 So we made it to the beach twice in Jamaica. I think we quickly realised it was worth doing things twice with the wee man as he seemed to always get more out of it the second time around. We visited Fort Clarence Beach which is just a 30 minute drive from home beside Hellshire.

He was excited when he saw all the water of the sea the first time but was maybe not too sure about the movement of the waves. There was lots of curiosity about the sand between his toes though and he quickly got the hang of filling and emptying his bucket with it. I used the excuse of playing with the sand to get him closer to the water and it worked to the point where he was happy to get his feet wet though the depths were not that attractive. 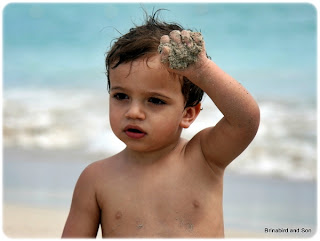 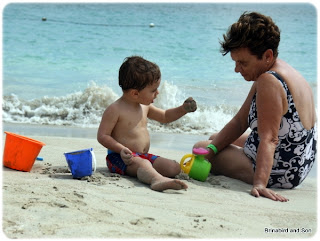 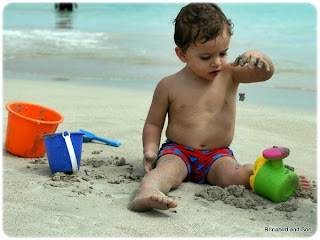 Well the second visit Nana was amazed when he just walked with her straight into the water. 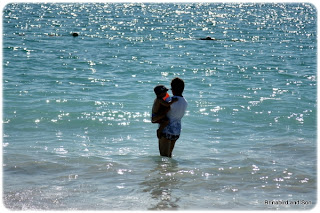 Of course the arm bands were immediately shouted for and before I knew it he was crashing about in those waves like a seal. Nana was laughing hilariously as they were both knocked about. There were times when his feet were not even touching the ground. 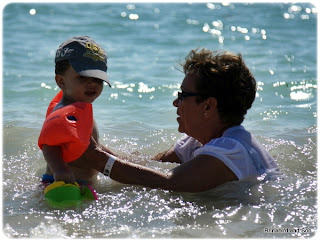 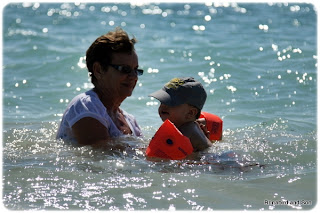 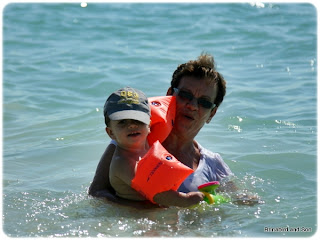 He then let go of our hands and was running in and out of the water, kicking his feet in the sea. There was serious risks of getting my camera wet as I tried to capture it all. It was like once he was out of the water it just called to him to get back in again. He was tossed in the waves at points, water rising above his head, but up he got laughing ready to go again. 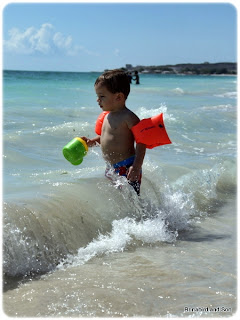 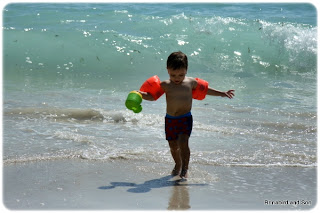 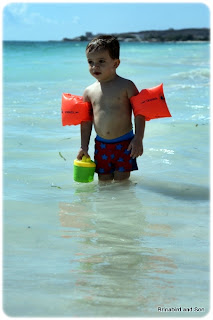 It's now fact! I have got a toddler beach bum! 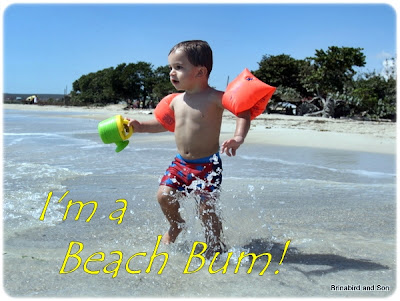 Posted by Brinabird the wee man the Diva at 05:12