The wee man's Italian nonno has a love of cycling and it is something that he had always wanted to share with his grandson. Needless to say we were all really pleased that he enjoyed when his Nonno took him out for bicycle rides when we were last in Italy. It was not long then before the question was when can he get his own bike! Hubby had read up on balance bikes and we had seen them about and it sounded like a great way to start.


It is the best birthday gift we have given our wee man ever! He has taken to it so quickly. Each day he is on it he picks up a little bit more speed. It sometimes looks like hard work to me but apparently it is fun! He will certainly be getting lots of exercise as he uses it! (Note: It should come with a bit of health and safety advice in that it can be a bit back breaking when you help to push him about and there will be some point where you end up carrying it!) He calls it his "Vroom vroom". Whenever we are heading out the house he asks "Vroom?" It is obviously a great tool for getting him out of the house but thankfully that has never been a problem anyway. There is also no place that a balance bike cannot go according to my wee man as we have done some serious off roading. Considering all we have been doing these days has been going out and about on our bike I'm not sure I will be able to take a picture of my wee man again not on his balance bike! 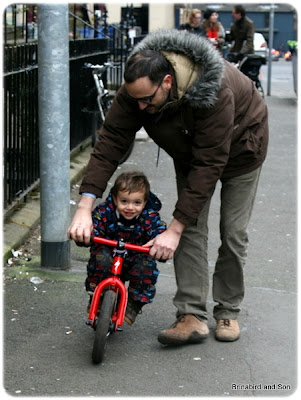 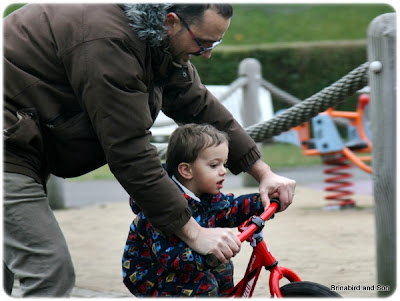 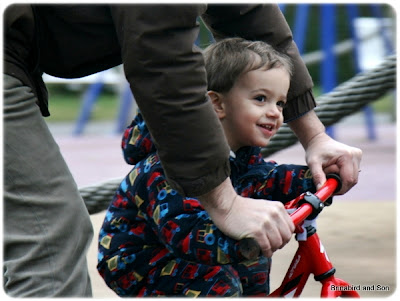 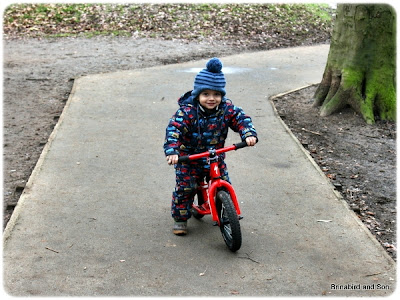 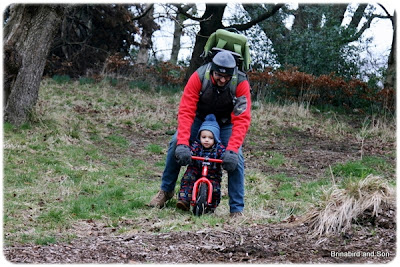 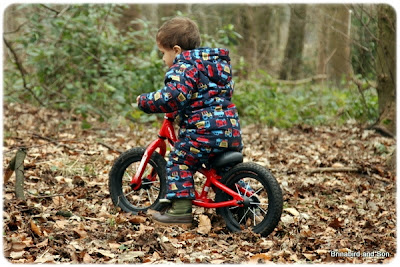 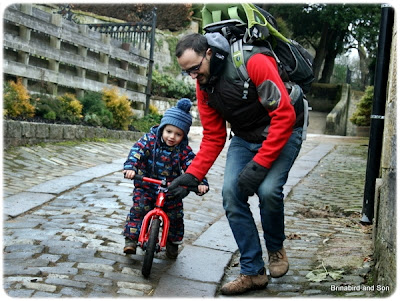 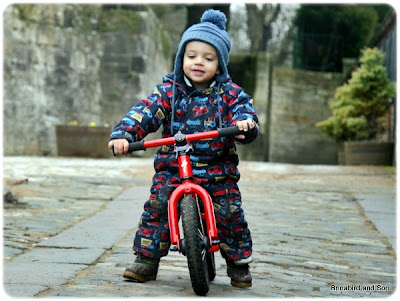 WHAT DO YOU THINK DADDY?
YEAH, LET'S GO FOR IT 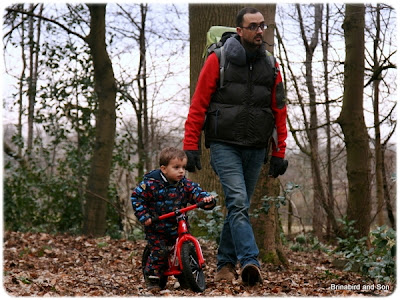 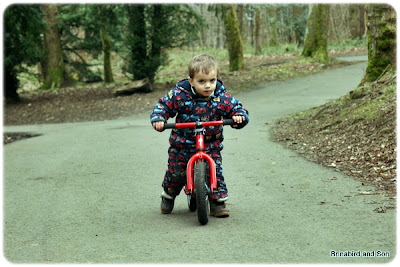 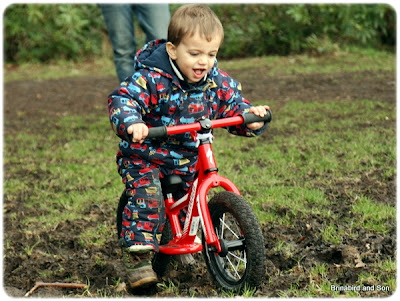 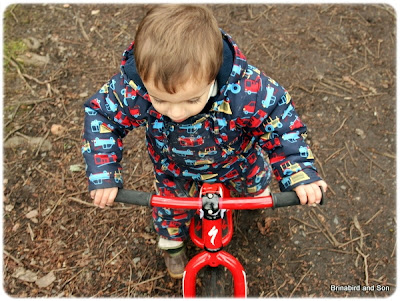 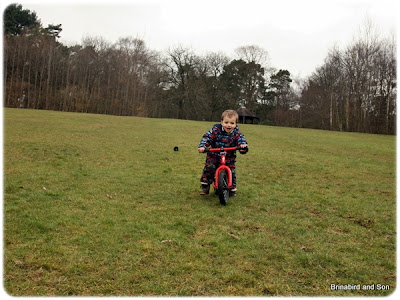 Posted by Brinabird the wee man the Diva at 02:58