I have to give the wee man's nursery great credit for organising a simple but fun morning of sports for the children. My wee man does not usually attend on a Friday but we were allowed to come along anyway and join in the fun. I very much took the opportunity to dress him up in his Jamaica gear. I was not sure how willing my wee man would be in participating but they had been practising during the week it seems so after the first race he pretty much got into it. Never mind that he did try to eat the potato (replacing said egg) in the "Egg and spoon" race and mummy had to participate in the parents race. He did some awesome jumping in the sack race and came 2nd! So that Usain Bolt better watch out because we are coming to get you! 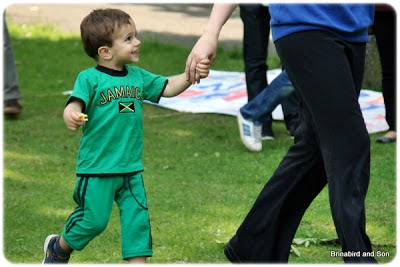 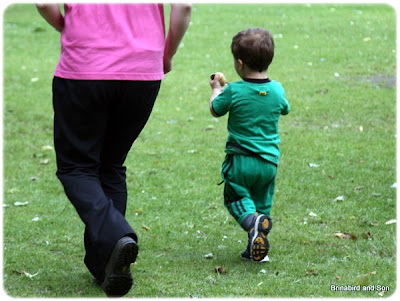 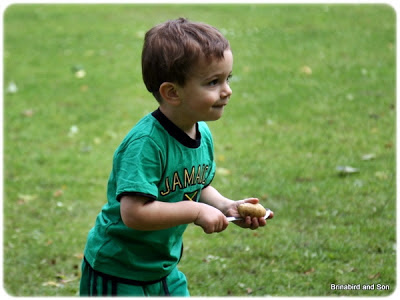 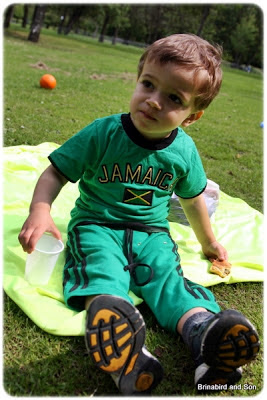 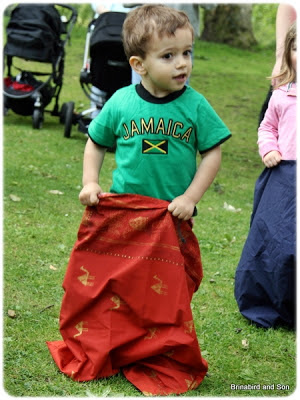 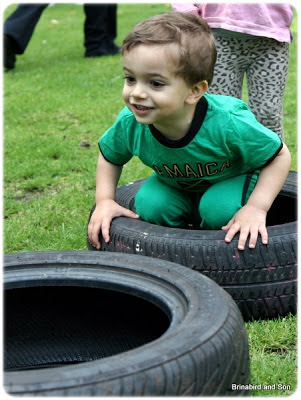 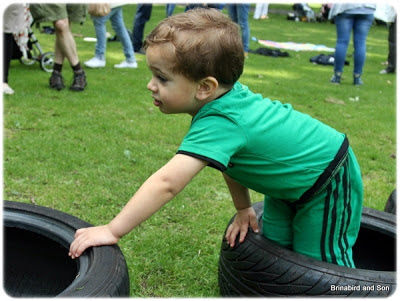 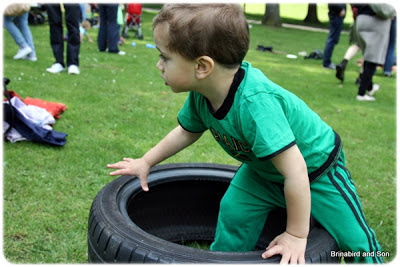 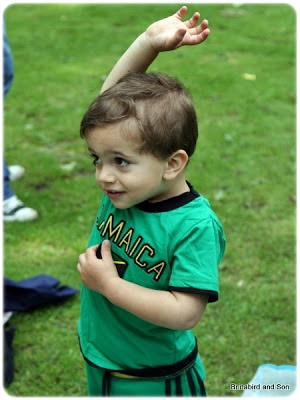 Posted by Brinabird the wee man the Diva at 01:44