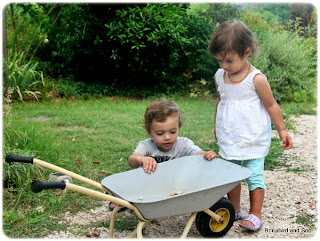 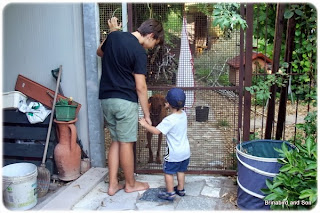 It's always a question we get asked as my wee man's daddy is Italian "Is he bilingual?" and for a long time it's been a hard question to answer. When the wee man really got going with his speech Italian was never at the forefront. It was obvious he understood what his daddy was saying to him as he clearly followed instructions that were asked of him. Well when he chose to listen anyway. 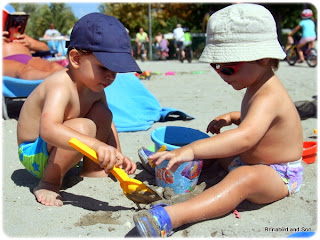 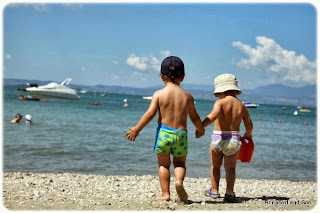 Then eventually we were getting one or two words as he was reading his Italian books. It was never a common occurrence though and never really in general conversation. I would occasionally get him to say a word in Italian for me and we knew he could count to ten in both languages. 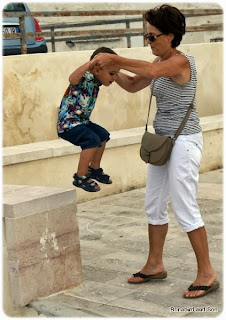 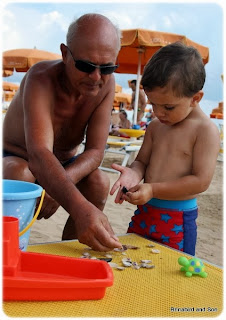 Then this summer while in Italy something seemed to just click. He kept asking his Nonna what she was doing and I said to him he had to ask her in Italian and he did. Then he was really copying what everyone was saying to him and repeating it back. Then he was saying sentences on his own in the right context. Not just a word but words strung together. Finally he was speaking to his Nonni and daddy in Italian and would turn around and tell me the same thing in English. 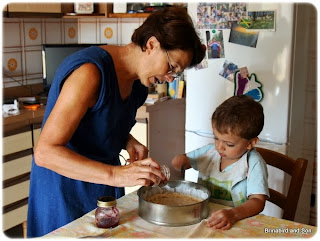 To say I am pleased and proud is possibly a slight understatement. Now we are back in Glasgow thankfully he continues to speak to his daddy in Italian. It's quite funny as his daddy is the only person he speaks Italian to unless on skype with his Nonni. We are really hoping that it continues and hopefully I can find new ways to immerse him in the Italian language. 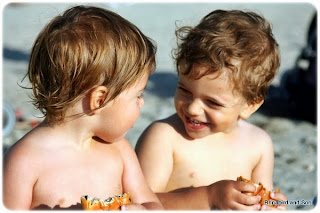 Posted by Brinabird the wee man the Diva at 14:11