Our Italian Summer: I nonni 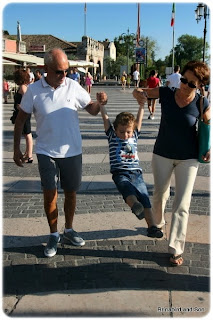 Well mummy and daddy's role pretty much became defunct on this holiday. As he gets older and the more he understands the harder it becomes to say goodbye. At the airport when we were leaving he was actually telling mummy and daddy goodbye instead of the nonni. It's like they weave a magical spell around him. 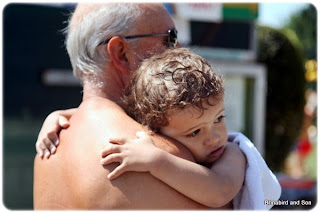 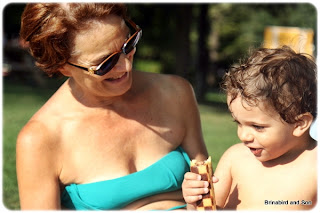 When he woke up in the morning it is nonna he would shout for and quite frankly was not impressed if it was mummy or daddy who came to get him. I have to be honest I really appreciate the fact that he can spend time with them independently without us. There is a lot of comfort in leaving your child in completely safe arms. 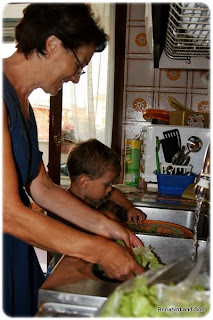 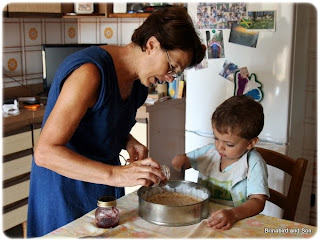 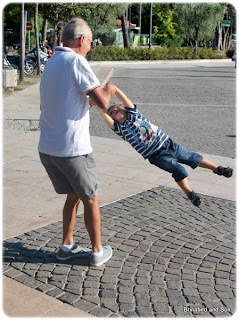 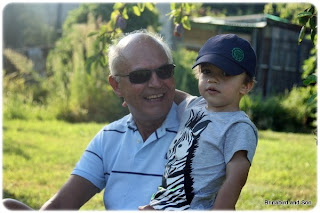 He has special things to do with his nonno like going on his bike to feed the goats and with nonna he helps her in the kitchen and loves to bake. Mummy and daddy may be going on holiday to Italy but my wee man is going to his second home.
Posted by Brinabird the wee man the Diva at 12:51