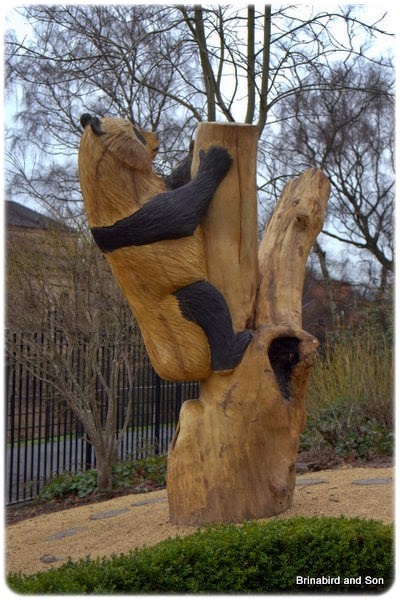 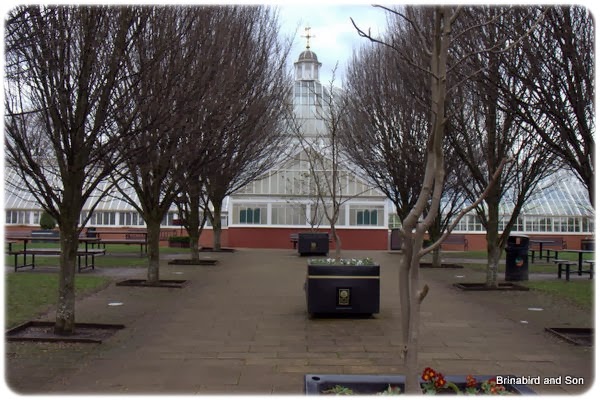 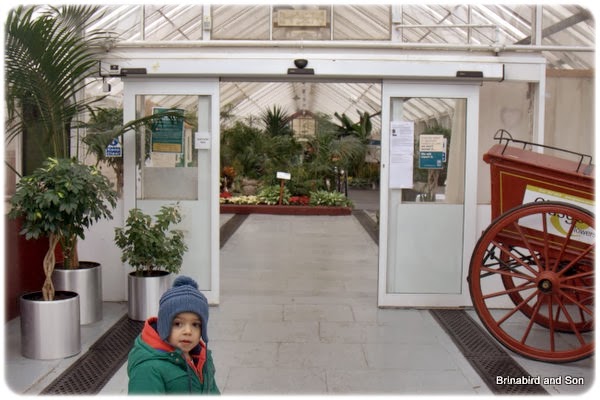 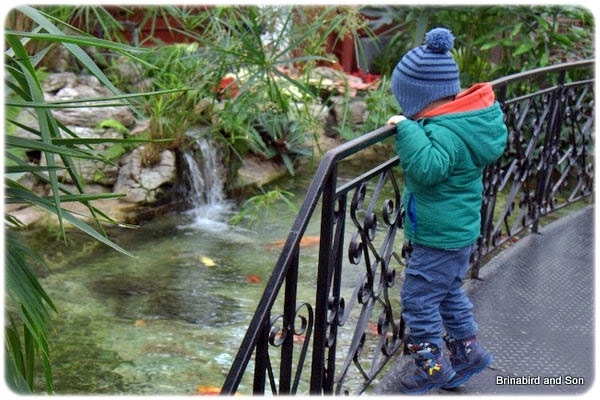 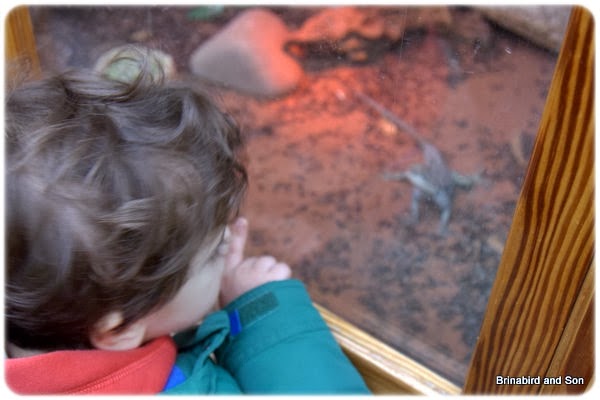 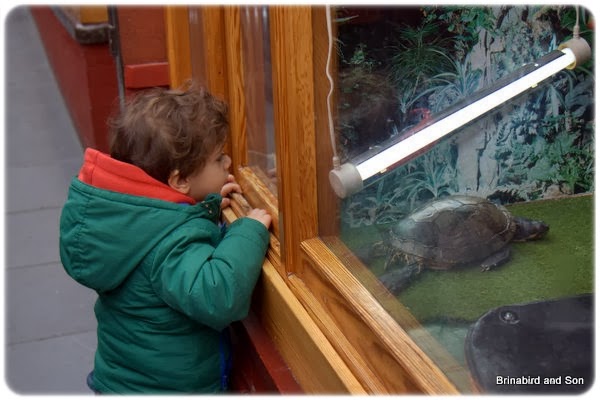 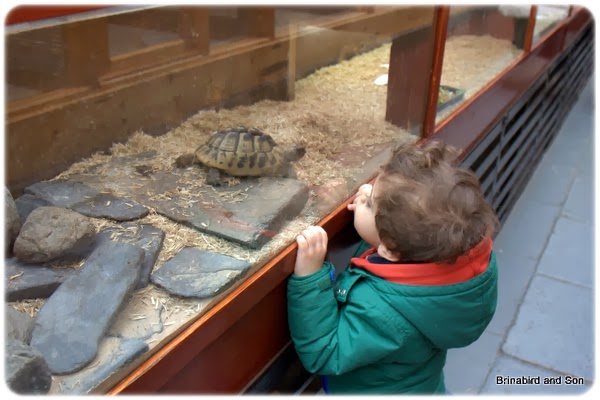 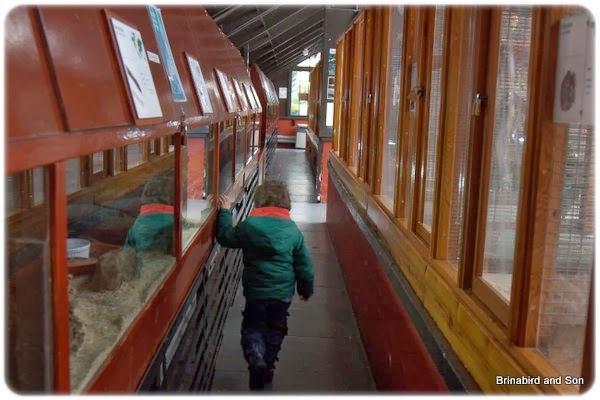 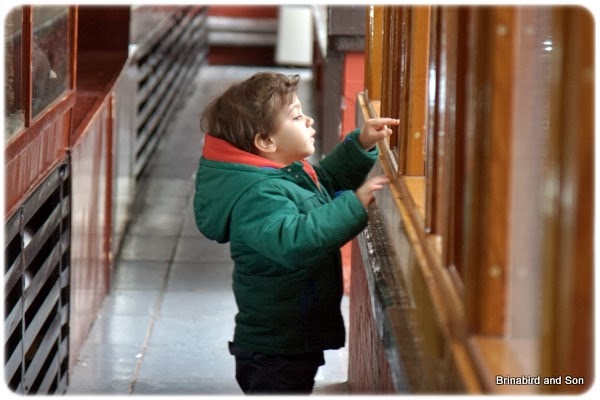 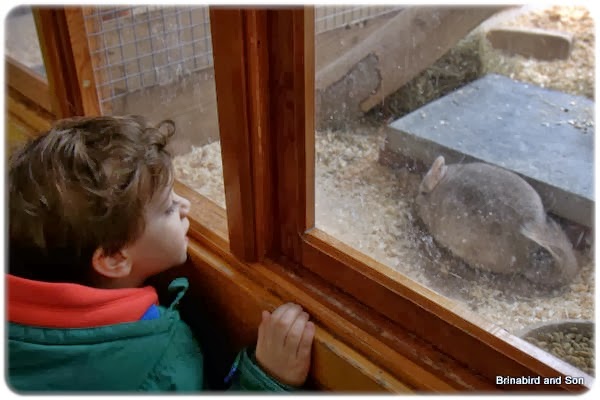 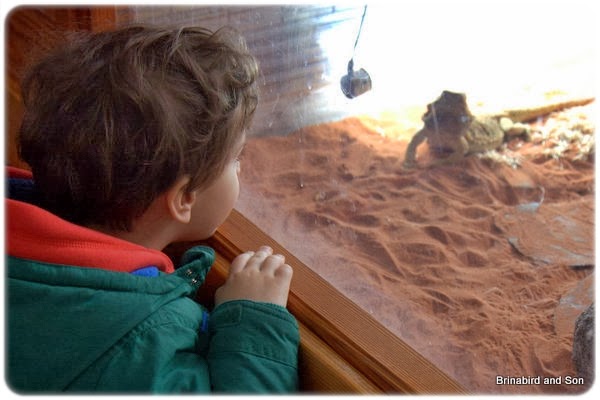 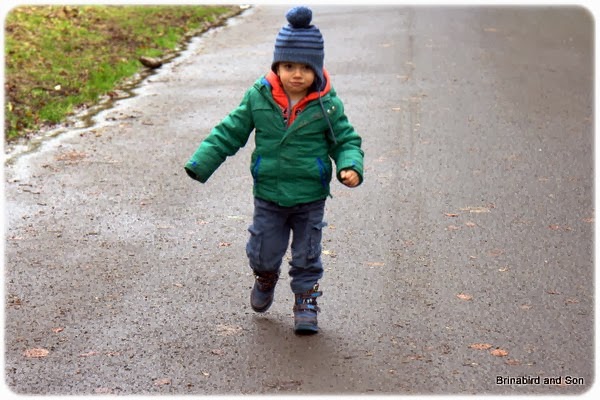 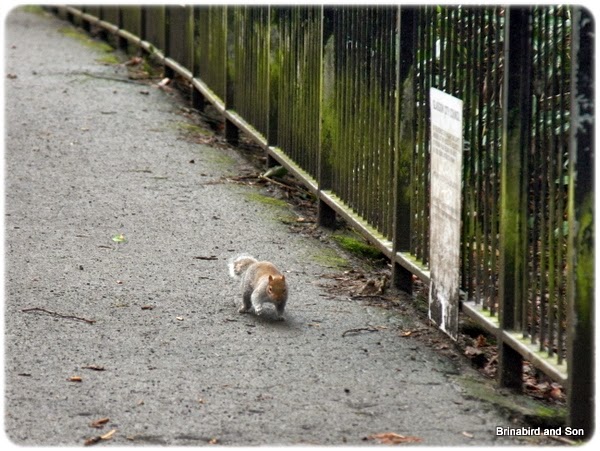 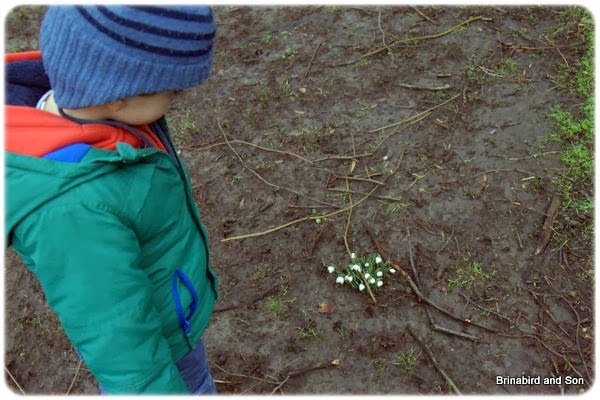 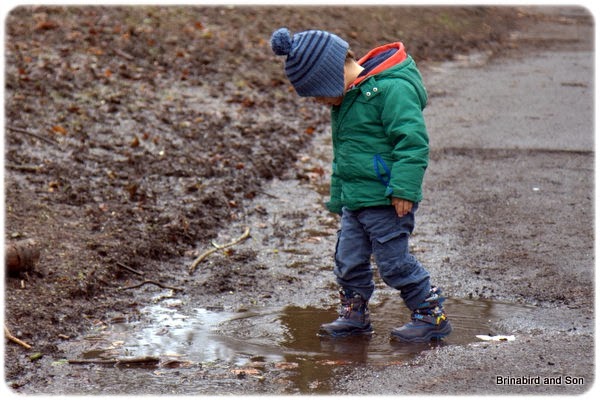 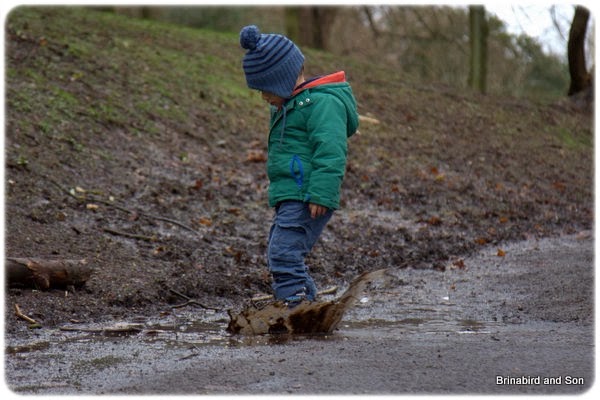 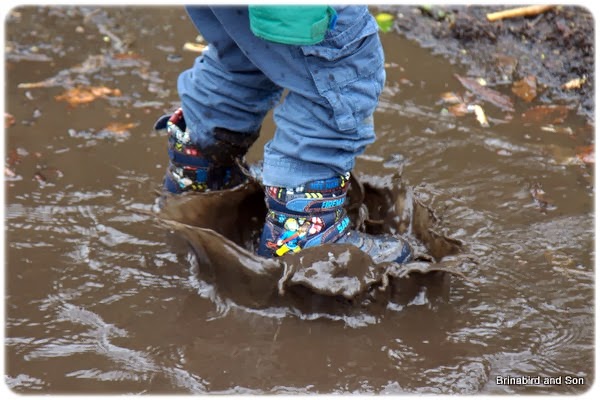 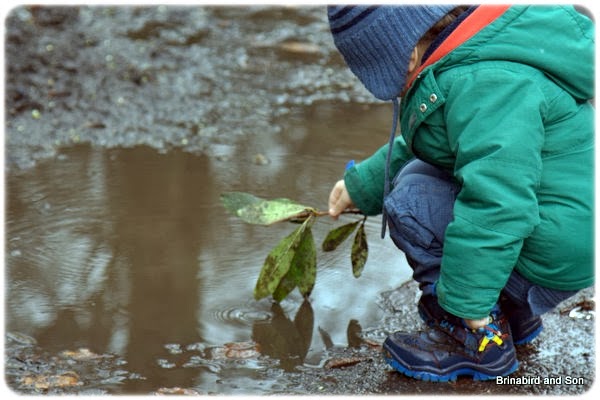 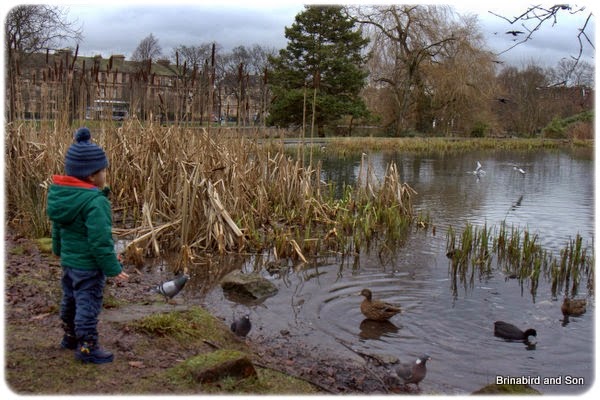 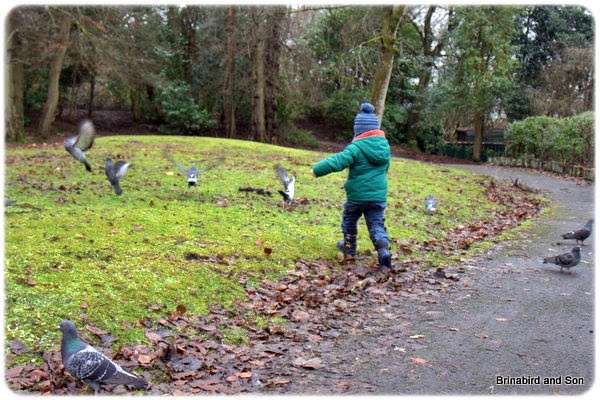 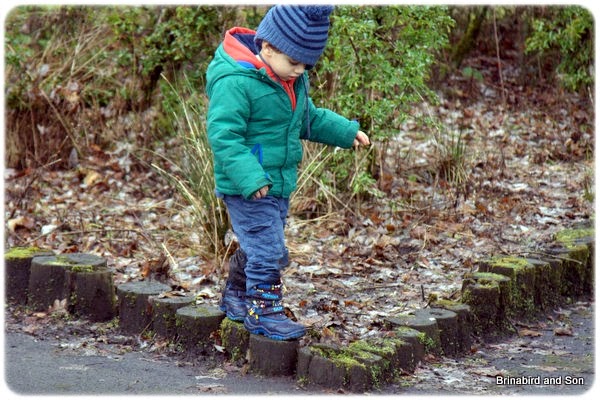 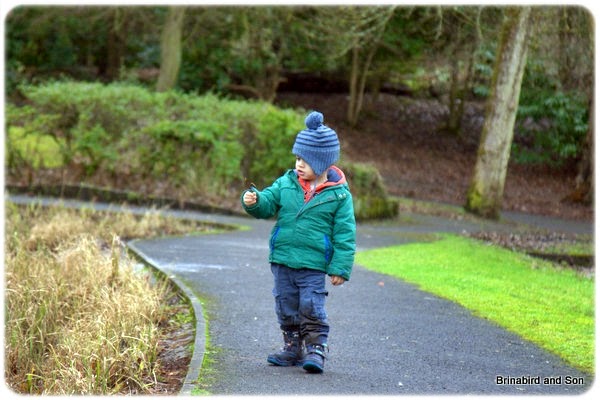 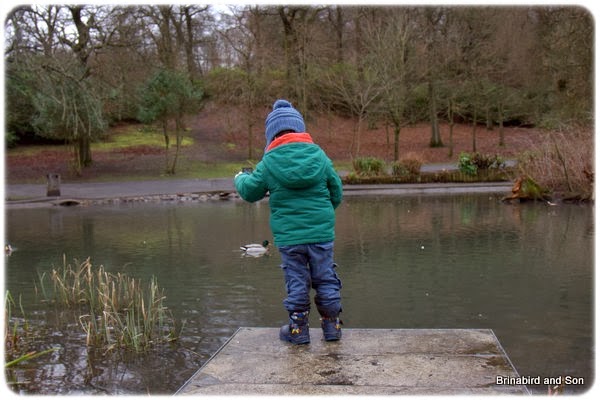 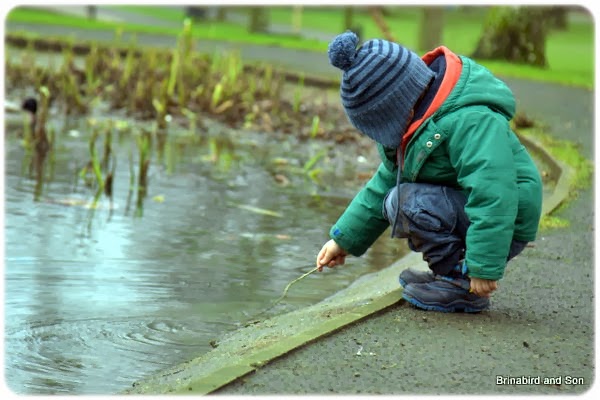 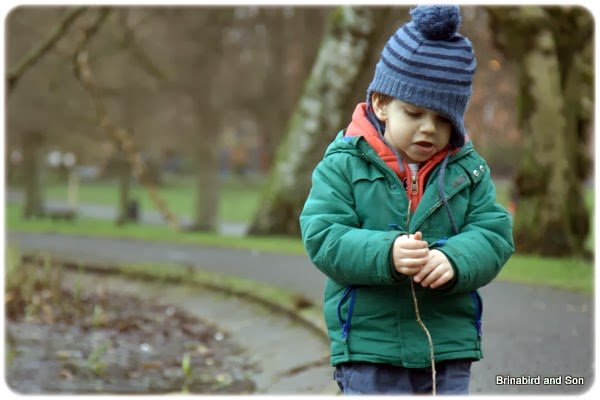 Glasgow always keeps on surprising me. I have to admit this is the first time we have made it to Queens Park on the south side of Glasgow and it did not disappoint. We went to the glasshouse where we spotted the fish pond first with a little waterfall. The water was nice and clear with lots of big fishes. There is a reptile house which also has some very chatty birds. The wee man was so excited pointing out all the animals, there were frogs, lizards, snakes, turtles, tarantulas  and some very cute and furry chinchillas. He never knew whether to be frightened or not by the noisy birds.
As usual he could not resist escaping the glasshouse with a few stones so we headed to the pond to hide the evidence. We got distracted by signs of spring, squirrels and a muddy puddle along the way. We walked around the pond chasing the pigeons, finding sticks which we used to investigate what could be under the water.
We never even made it to the play park which is not as important to the wee man these days. We went back for lunch at the cafe in the glass house which also has a nice little soft play probably more suited to the younger ones. Then we had to see the animals one last time before we could go home where the wee man literally crashed out for a nap.

Posted by Brinabird the wee man the Diva at 07:15