What is age appropriate? 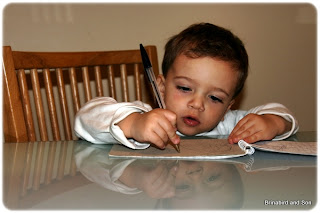 When family and friends had babies I never knew what you were supposed to get. I went into the shop and followed what it said on the box. Thankfully family sometimes would just tell you what they needed. Now that I have my own child it has gotten a bit easier to shop for other people's children. Saying that if they are above the age of 2 I'm still a bit stumped especially if they have reached the teenage years! 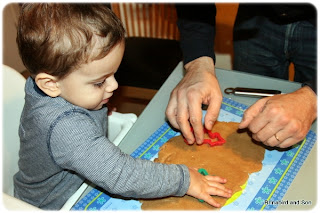 What I have come to realise is that the age recommended on the box does not always ring true. The wee man never showed much interest in lots of his toys when he was a baby. They were more for show than anything else. Yes I am stimulating my child. Then suddenly when he was 6 months he decided that he wanted to play with the 0-3 month toys so I could not put them away. Even as he get's older "baby" toys are still interesting to him. Should I stop him and tell him he is too old for that? 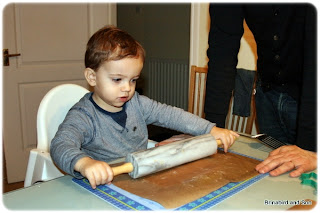 Then there is the opposite where he is showing interest in things that are not designed for his age group apparently. It frustrates me sometimes when events say for children who are 3-5 years old. Unless it's a block of courses for swimming, baby signing, baby singing, baby jumping, one off events for the under 3 are few and far between. I think that overall people underestimate what my child can do, especially if I'm there to support him. With a year subscription to the Glasgow Science centre we tend to go quite a bit. It's worth every penny and my wee man discovers something new each time. They had something on called shiny time, a 1/2 hour to learn about things that are shiny. So he probably would not understand the whole science of it all but maybe it might fascinate and entertain him in some way. I had to convince the woman taking it that it would be okay. If he did not like it honest I would just walk away. She expressly said as long as I did my part. Needless to say he found exploring the shiny things interesting and got to use glue and glitter after which are like his favourite things! 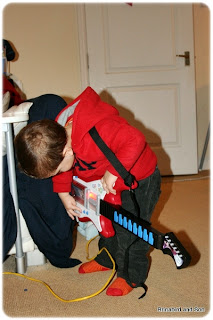 I find myself buying toys which all say from 3 and up. I get it that sometimes toys may have small parts which they may swallow. While at a friends my wee man discovered a toy with marbles that entertained him for ages and I watched him like a hawk thinking to myself if he tries to swallow that marble I probably won't be able to stop him. So though he enjoys it I won't be buying him a toy like that any time soon. A lady serving me in a store explained that certain parents will think it's safe for their children to be left alone with these toys if it did not have the warning. Health and Safety, I get it. We told you so, I get it. 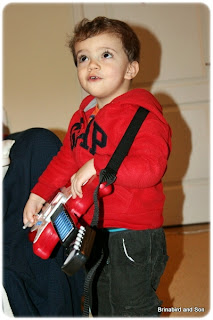 There are toys though that I hope will be okay. He loves arts and crafts and baking and there is lots in these categories that say only suitable for 3 and up but I adapt and the wee man loves it. I have a huge Amazon wish list for him and a lot of them are deemed for an older child. He got a guitar for Christmas which says for ages 6+ but boy does he know how to rock it. So what has it come down to. Taking it easy, follow his lead and seeing what he likes not what it says on the box. In the end it does not take much to make him happy. 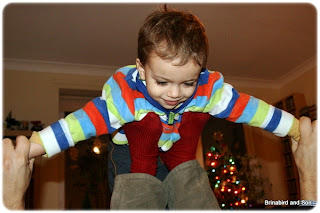 Posted by Brinabird the wee man the Diva at 12:16